The Russian army will return to the political officers — the Deputy commanders for political-military work, which will be responsible for Patriotic education of the soldiers. This “news” told in the Ministry of defense. 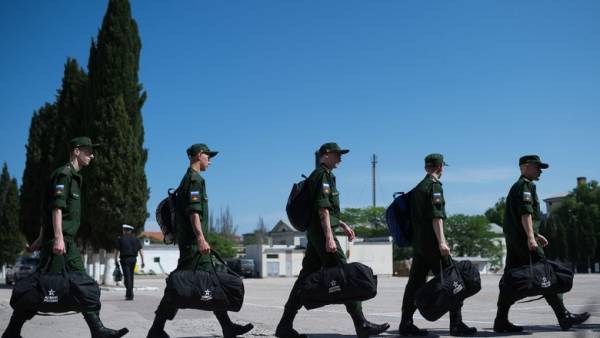 Their responsibilities will include providing deep understanding of state policy in the field of defense. Previously, a key function of political officers was the maintenance of discipline and education personnel.

“There is an external reason — the need to counter informvoyne,” — said the Chairman of the Public Council under the Ministry of defense Alexander Kanshin. Another factor he called the necessity of the unification worldview soldiers. “Our country is multinational and multiconfessional, and the army should be a single body. People with different views, different religion, different education needs to be combined political-educational work”, — said the representative of the Ministry of defense.

Kenshin noticed that military-the political education of soldiers will be without kinks. “Return political classes, but without the Communist ideology. Not to be superficial. In the military it is necessary to educate the patriotism, and they should know the Constitution and the law”, — concluded the expert.

On 30 July it became known that Russian President Vladimir Putin signed a decree on the establishment of the Main military-political management that engaged in “moral-political education” privates and officers.