Klimkin described the situation with the outflow of population is catastrophic

MOSCOW, 4 September — RIA Novosti. The Minister of foreign Affairs of Ukraine Pavlo Klimkin described the situation with the outflow of population from the country “catastrophic”. He declared it on air of ICTV TV channel 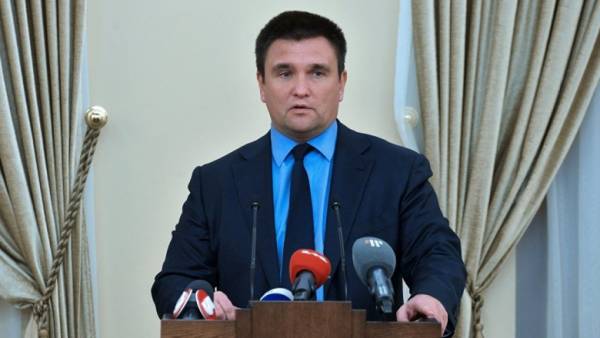 According to him, the country annually, leaving nearly a million Ukrainians and this situation may persist in the near future.

He noted that, according to the latest data, in Poland alone there are about half a million immigrants from Ukraine.

Earlier, a survey conducted by a social group “Rating” showed that almost a third of the population would like to emigrate. According to the study, most often about the desire to move abroad was expressed by young respondents up to 35 years.

In Ukraine in recent years the natural population decline. According to the State statistics service, in 2017, the population decreased by 200 thousand people and made up 42.38 million.

As stated by the Prime Minister Vladimir Groysman, the Ukrainians did not emigrate, and “just traveling”. However, he admitted that he would like to return these citizens back into the country.

In turn, Ukrainian army General, former Chairman of foreign intelligence service, Mykola Malomuzh said that the leak of the working population adopts a national scandal. In his opinion, people are leaving because of the lack of prospects and the free development of business in the country.