However, Andrei Kostin said that Sergei Lavrov — “our everything in foreign policy”. 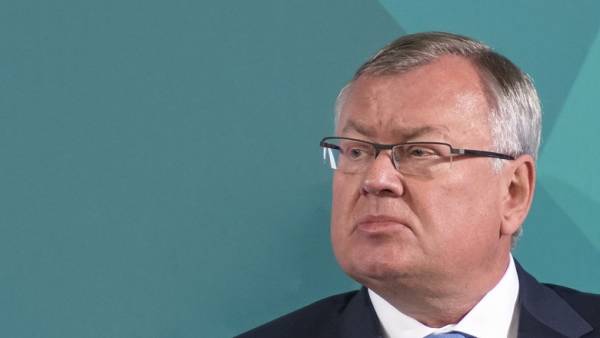 President of Bank VTB Andrey Kostin called the former Minister of foreign Affairs of great Britain Boris Johnson a freak. So he said, speaking to students at the MGIMO University together with the foreign Minister of Russia Sergey Lavrov. While Kostin praised Lavrov and said that he is “our all in foreign policy.”

Sergey Viktorovich — is generally everything, I think, in foreign policy. I think we are very lucky to have such a Minister [of foreign Affairs] is moderately flexible, moderately tough, smart, what should Russian diplomacy. Look, excuse me, the freaks that are on the West. Some [former British foreign Secretary Boris] Johnson or other…Andrei Kostin President of VTB Bank

“the world Situation today does not get bored”

VTB President then added that the British “generally good, smart people” and said that he lived a long time in the UK. “Sometimes you look and think: what is there happening? And look at our Minister [Lavrov], the soul is happy, right?”, — he turned to the students. Thereafter, Sergei Lavrov patted Peter on the shoulder and nudged him.

The foreign Minister delivered to the University before the students and teachers on the occasion of the beginning of the school year. As told earlier, an official representative of the foreign Ministry Maria Zakharova, “is scheduled which has already become a good tradition an interactive discussion with students.”