Reports of attempts to recruit Oleg Deripaska forced to think about many things, Peskov said. 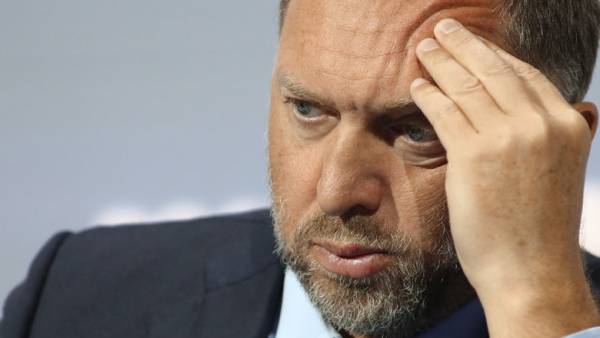 “Why such messages, of course, make us think about much. But at the same time it is something that is an obvious fact practice on the part of the United States in recent years”, — said the representative of the Kremlin.

Attempts to recruit Russians in the Kremlin explain the US desire to intervene in the internal Affairs of Russia, Peskov said:

Given that such businessmen like Deripaska, are major shareholders and executives of huge businesses, industrial processes that employ dozens, and sometimes hundreds of thousands of people, including those working in sensitive areas, it seems to me that such cases are the most eloquent evidence of attempts of interference in the internal Affairs of Russia.

To answer the question, warned Mr. Deripaska, the Kremlin attempts of its recruitment by US intelligence, Peskov declined. Question about similar attempts in the United States against other major Russian businessmen he had forwarded “by these big businessmen”.

Previously, the newspaper The New York Times citing sources said that the FBI and the U.S. justice Department in 2014-2016 tried to recruit Russian businessman Oleg Deripaska. According to the newspaper, they were trying to get him to cooperate as an informant. US intelligence agencies wanted to learn more about organized crime in Russia, and later on by the President of the United States Donald Trump during his campaign.

According to the newspaper, American intelligence agencies tried to recruit not only Deripaska, and other wealthy Russians. Only about “half a dozen” close to the President of Russia Vladimir Putin businessmen. In return, they offered to potential informants of various privileges, including easing of the visa regime. The publication said that Deripaska told Russian authorities about the attempted recruitment. He and his companies are under U.S. sanctions.