The former banker was arrested to find

The measure of restraint to the accused in the embezzlement of funds of the Fundservicebank. 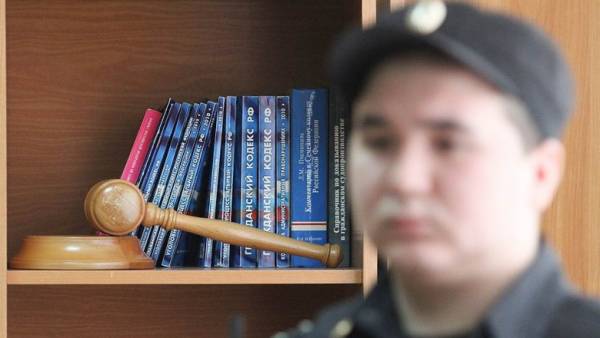 As it became known “Kommersant”, the Tver court of Moscow in absentia arrested the former General Director “the Capital trust company Soyuz” and member of the Board of Directors of Fundservicebank Edward Chesnova. He is accused of embezzling 7.5 billion rubles. the credit institution, for over ten years he was a supporting Bank of the Roscosmos. According to the investigative Department (SD) Ministry of internal Affairs, the arrested person, being a Trustee of the former owner of Fundservicebank Alexander Volovnik, led an isolated band of specialists who ran derived from the Bank’s assets.

The decision to arrest Edward Chesnova the Tver court of capital has taken in correspondence mode: location of the former Director of “Capital trust company “Soyuz”” and member of the Board of Directors of Fundservicebank the investigation has not yet been set. In this regard, Mr. Chesnov wanted. Note that the court decision to arrest now allows Russian law enforcement agencies to send materials to the defendant to Interpol. Former banker reckoned to article 210 of the criminal code (organized crime) and part 4 of article 159 of the criminal code (fraud in especially large size).