The EU commented on the murder Zakharchenko

MOSCOW, 3 sen — news. The European Union delegation in Ukraine commented on the murder of the head of the self-proclaimed Donetsk national Republic Alexander Zakharchenko. 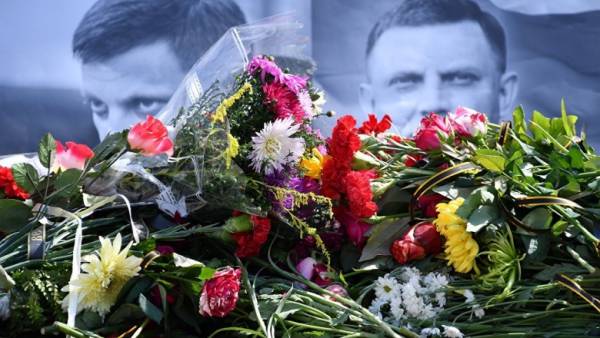 “We have seen reports about it on Friday. The conflict in the East of Ukraine led to the loss of too many lives,” — said in the message representation in response to the request of the Ukrainian Agency of UNN.

The EU stressed that continue to work “full implementation of the Minsk agreements that remain a sound basis for a sustainable political settlement.” In the mission of the hope that “all sides will respect their commitments” in relation to compliance with the agreements.

Answering the question about the possible consequences of the murder of the head of DND at the talks in the Normandy format, the EU stated that it “will not speculate on the impact of this” future meetings in Russia, France, Germany and Ukraine.

“As we have said, we continue to work for the full implementation of the Minsk agreements and to this end supported diplomatic efforts in the Normandy format, as well as the Trilateral contact group and the CMM”, — reads the statement of the EU delegation.