A court in Myanmar has sentenced two journalists of the news Agency Reuters to seven years in prison. This was reported by Reuters 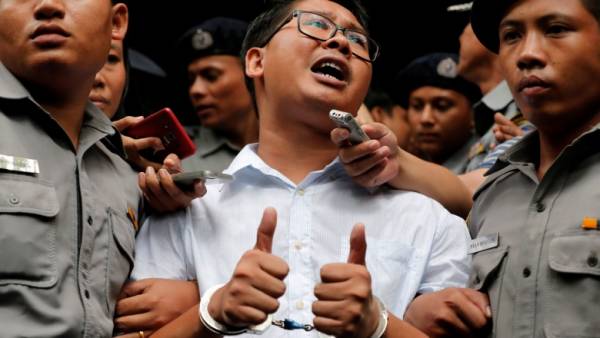 The journalists covered the position of members of the minority Rohingya. They were convicted of illegally obtaining classified information.

In particular, the court finds that the Agency violated the official secrets act in Myanmar in the coverage of events related to the situation around the Muslim representatives of the people of Rohingya.

According to prosecutors, reporters got hold of confidential government documents.

Sentenced to a prison term of 32-year-old VA LON and 28-year-old SOE OO are citizens of Myanmar. The journalists were arrested in December 2017. Editor in chief of Reuters, Stephen Adler called it “a sad day for Reuters, a sad day for the press worldwide.”

Earlier, UN Secretary-General antónio Guterres said that the situation of the Muslim Rohingya people in Myanmar is one of the worst humanitarian crises in the world.