Putin’s address on pensions in a live broadcast watched by 6.8 million Russians

MOSCOW, 3 sen — news. Only live a half-hour televised address of Russian President Vladimir Putin to changes in pension legislation looked more than 6.8 million Russians, the audience of the event was more than the address to the Federal Assembly this year, the data provided by research company Mediascope. 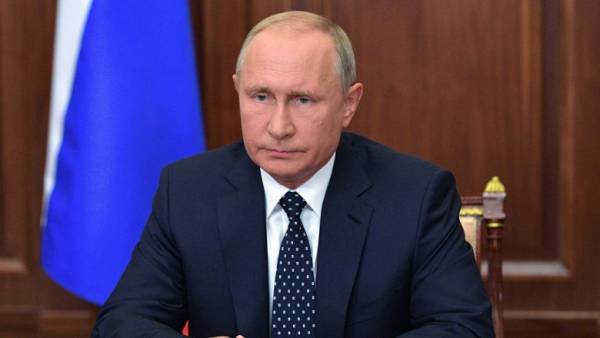 Message from the President on pensions was broadcasted by Russia 1, Russia 24, channel one, TV Center, NTV, REN TV, Zvezda, and the Fifth channel. It began on 29 August at 12.00 and ended at 12.30. Broadcast audience was 6 814 389 people. Audience share (average number of people who watched the TV program, expressed as a percentage of the entire TV audience) reached 61,649%.

Measurements of the audience was conducted in the cities with population over 100 thousand people, among Russians over four years.

For comparison, the annual message of the President of Russia Putin to the Federal Assembly of the Russian Federation on 1 March, which was broadcast on the First channel, Russia 1, Russia 24 and the WORLD looked 4 533 092 people (the study also was conducted the day of the broadcast among the population 4 years and older in the cities with population over 100 thousand people).

In his address to the Russians, Putin said that the main objective of the pension changes — the stability and sustainability of the pension system. According to him, to postpone change any longer, it’s irresponsible, and hesitation in this matter may endanger the stability and security of the Russian Federation. The President stressed that the decision on pensions is a difficult, but necessary, urged Russians to be sensitive to future innovations.