Macron spoke about the “dreams” of Putin

Russian President Vladimir Putin “dreams about the collapse of the European Union”. This opinion was expressed by the French leader Emmanuel macron, noting that he respects his Russian counterpart. 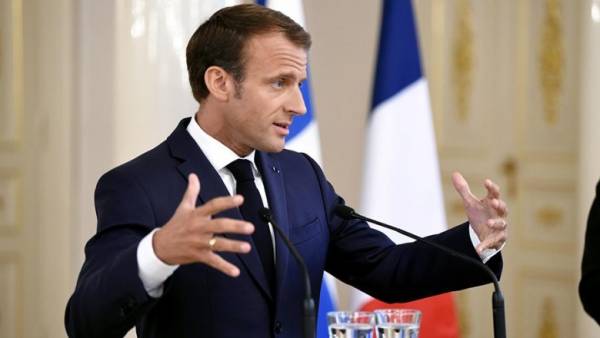 “I respect Putin, and I am one of those who believes that we must create new approaches to security with Russia, we need a discussion with Russia. But Putin’s dream — to dismantle the EU,” he said in an interview to a Swedish TV channel SVT.

On reasoning about relations of Russia and France Makron has prompted the host of the program. She spoke about the incident on Swedish radio, when the leader of the democratic party of the country was asked to choose between Putin and Macron.

The politician refused to single out anyone as your guide.

“I think that says a lot. This means that the leader does not know what the order has to go values and political interests,” commented macron.

Previously, the Makron expressed the desire to see Russia as part of the G8 summit and faith in relations with Moscow.