In France recognized the victory of Assad in Syria

In the civil conflict in Syria defeated President Bashar al-Assad. This was stated by Minister of foreign Affairs of France Jean-Yves Le Drian, according to Sputnik International. 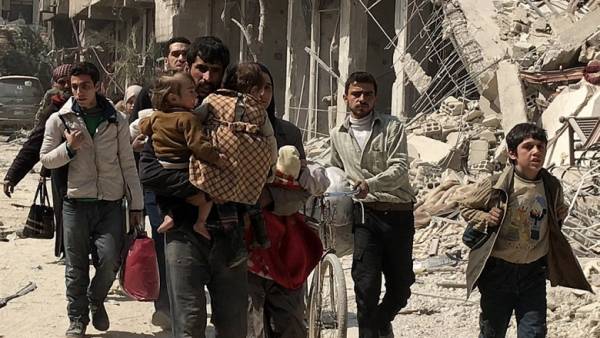 “Assad won the war, we have to admit that. But he did not achieve peace”, — said the Minister. According to him, this Damascus it is necessary to adopt a political solution with the participation of international mediators.

Le Drian believes that if the Syrian authorities will be able to liberate Idlib province from the terrorists, it will not solve the problems that provoked the conflict. He added that France will participate in the peace permission of a situation under discussion in the UN General Assembly.

According to the Minister, the Western coalition to strike Syria, if Damascus will use chemical weapons against the civilian population.

Armed conflict in Syria began in 2011. It involves government forces, acting on the side of President Bashar al-Assad, moderate opposition and various Islamist groups. In recent months there are increasing reports about the truce and the surrender of weapons by militants. Currently, Idlib province — the only region of the country, which is still not controlled by the government.