MOSCOW, September 2, FederalPress. Instead of thousands of people gathered just a few hundred. 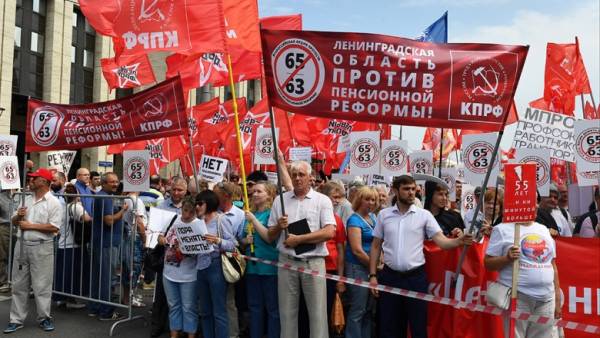 In the far East have been rallies of the Communist party with a small number of people.

For example, in Vladivostok, it was stated 2000 people, but in fact the square was not more than 250. The main claim of the “left” was the party “United Russia”, but rather to the laws that that brings. Most of the outrage caused changes in the pension system. By the way, the Russian President made a proposal to soften reform in favor of the employees.

Recall, August 29, Russian President Vladimir Putin put an end to the debate about the future of the pension system.