Yastrzhembsky: Yeltsin was excruciatingly difficult to beg for loans to Russia

President Boris Yeltsin was painfully difficult to elicit multi-million dollar loans to Russia from the West. This opinion was expressed on air RTVI Sergei Yastrzhembsky, who from 1996 to 1998, he was the press Secretary to Yeltsin. 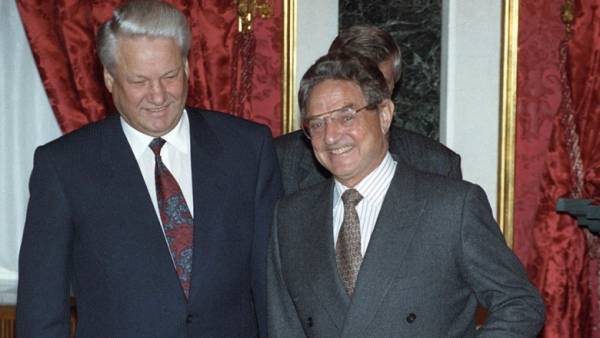 Yastrzhembsky noted that in the late 1990s a barrel of oil on the international arena was worth little, and Russia was a very difficult situation, so Yeltsin had to ask the West loans.

“He did it with a heavy heart always. And for him, for a man independent, proud, and very proud, to contact with these requests was extremely difficult. But he knew that in those conditions it was vital,” — said the diplomat.

Even Yastrzhembsky said that the President did not consider Russia “in isolation from Western partners.”

31 Aug library Clinton has published previously classified documents, including the talks between Clinton and Yeltsin. Archive of the talks of the presidents took almost 600 pages.