DONETSK, September 1 — RIA Novosti. The second died in the explosion in a cafe in the center of Donetsk is the bodyguard of the murdered head of the self-proclaimed Donetsk national Republic Alexander Zakharchenko said on Saturday the RIA Novosti, Vladislav Brig. 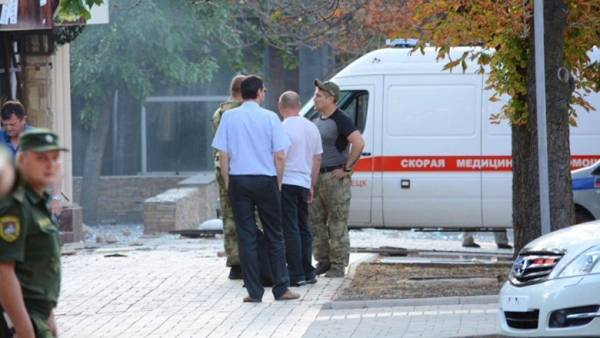 “According to the latest data, with Alexander Zakharchenko was killed and his bodyguard injured 11, six of them were hospitalized,” said Brig.

The head of DNR Alexander Zakharchenko was killed Friday evening in an explosion in a cafe “Separable” in the center of Donetsk. Minister of incomes and fees of the self-proclaimed Republic Alexander Timofeev in the explosion were seriously injured. Only 11 people were injured. The DPR authorities acknowledged the incident a terrorist attack. According to the acting head of the Republic Dmitry Trapeznikov, on suspicion of murder Zakharchenko detained several people, they confirmed that there was a diversion from Kiev. In turn in SBU has previously rejected accusations of involvement in the murder.

Russian President Vladimir Putin called the murder cowardly Zakharchenko, noting that those who chose the path of terror, do not want to seek a peaceful solution to the conflict. The official representative of Russian foreign Ministry Maria Zakharova said that there is little doubt that the murder of the head of DND is Kiev. The RF IC opened a criminal case into the death of Zakharchenko and injury Timofeev.