The Kremlin said the declassification of conversations between Yeltsin and Clinton

The U.S. library of bill Clinton is not coordinated with the Kremlin the publication talks former U.S. President with the first Russian President Boris Yeltsin, regarding Vladimir Putin. This was reported to journalists the press Secretary of the Kremlin Dmitry Peskov. 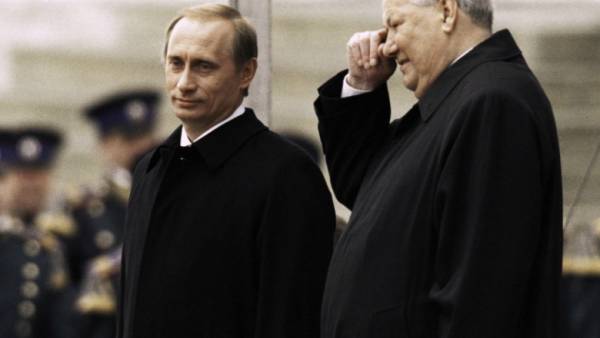 “No, not coordinated, did not consult”, — said Peskov.

He added that there is a practice of declassification of these conversations. “They are not always subject to declassification, as a rule, of course, not declassified documents relating to the current politicians. This is a worldwide practice,” — said the representative of the Kremlin.

On Friday on the website of the presidential library of bill Clinton appeared previously unpublished transcripts of conversations of former U.S. President Yeltsin. In a conversation held on 8 September 1999, Yeltsin told Clinton that chose his successor Putin, who in August of that year, the Chairman of the Russian government.

Yeltsin, described Putin as a hard man with a spine and expressed confidence that he will win the election: “He will continue the line of the Yeltsin democracy and economic development and expand contacts of Russia. He has energy and brains to succeed.”