The DNR told who organized the murder Zakharchenko

MOSCOW, September 1 — RIA Novosti. The murder of the head of the self-proclaimed Donetsk national Republic Alexander Zakharchenko has organized special operations Forces of Ukraine, reported RIA Novosti on the phone from Donetsk adviser to the leader of the DND Alexander Kazakov. 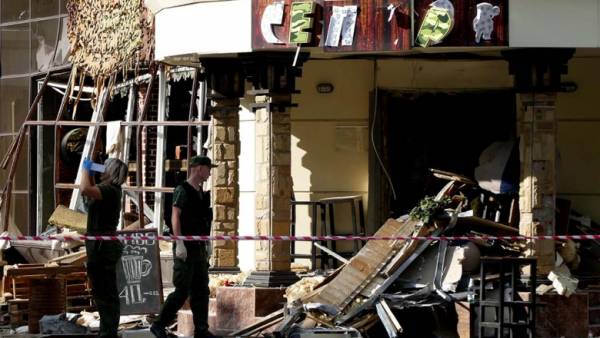 “Most likely, we will be able soon to call the team leader and the supervising officer of this structure,” — said Kazakov.

Answering clarifying question about whether it is special operations Forces, the Cossacks said: “Yes, it is true, those who are detained have given grateful evidences”.

The assassination of Alexander Zakharchenko

The leader of the DND Alexander Zakharchenko, and his bodyguard were killed on August 31 in the explosion of a bomb in the restaurant “Separable” in the center of Donetsk. Severe wounds were received by the Minister of income and fees Alexander Timofeev.

The Prosecutor General of the breakaway Republic opened a criminal case under article “terrorist Attack.”

The Russian foreign Ministry also described the murder of Alexander Zakharchenko as a terrorist attack, the Investigative Committee of Russia has expressed willingness to assist law enforcement DNR in the investigation of the murder of the head of the Republic opened a criminal case under article “an Act of international terrorism that resulted in the killing of a man.”

Russian President Vladimir Putin expressed his condolences in connection with tragic death of head of the DND and called Zakharchenko “a true national leader, brave and resolute man, a patriot of Donbass”.