The program of cooperation between the countries will be completed in April next year back to earth the next expedition to the International space station. 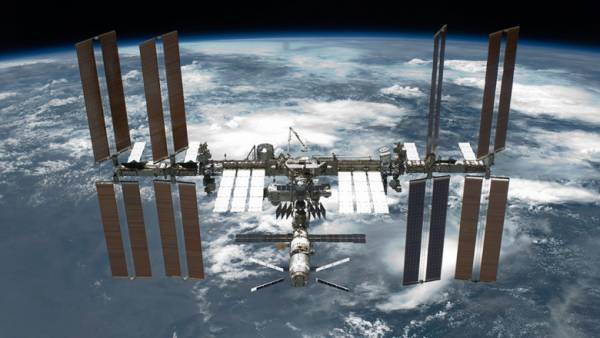 Moscow. August 31. INTERFAX.RU — the Return to Earth of the next expedition to the International space station in April 2019 will complete the program by sending on the Russian spacecraft to the ISS, American astronauts, said Deputy Prime Minister Yuri Borisov.

Landing of spacecraft “Soyuz-MS” in April, completes the implementation of our obligations under a contract with NASA related to the delivery to the ISS and return from the station of American astronauts.Vice-Premier Yuri Borisovskoye in the rocket and space Corporation “Energia”

Currently, American astronauts travel to the ISS the Russian Soyuz spacecraft, as the US has no suitable vehicle. The first contract was signed back in 2009.

a Russian cosmonaut conducted a virtual tour of the ISS (video)

Earlier it was reported that in February 2017, an agreement was signed between Boeing and RSC “Energia”, which provides for the granting of an American company five seats on the Russian Soyuz in payment of a debt of RSC “Energia” project “Sea launch”. In turn, Boeing sold these seats NASA. It was reported that two of the five spots have already been used by NASA on the spacecraft “Soyuz MS-06 and MS Union-08”, another place, reserved for future spacecraft “Soyuz MS-12” with a launch in March 2019 and two in “Soyuz MS-13” in may 2019.

In 2016, NASA stated that the Agency has no plans to renew the contract with “Rosatom” for the delivery of astronauts to the ISS after 2018.

The development of manned space vehicles in the United States in Lockheed, SpaceX and Boeing.