Poroshenko will come to US to say goodbye to Senator McCain

In its official statement, the President said that he was going to pay their last respects to a friend of Ukraine. 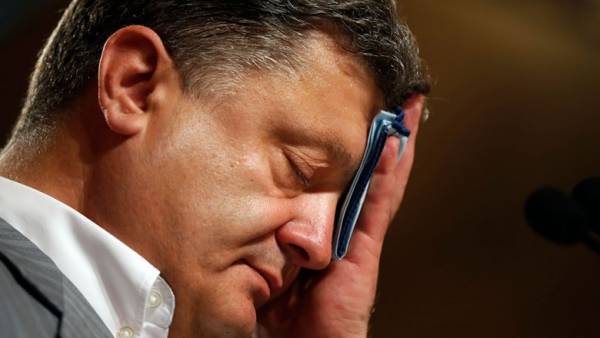 KYIV, August 31. /TASS/. The President of Ukraine Petro Poroshenko will take part in the events of farewell to U.S. Senator John McCain. On Friday reported the press service of the presidential Administration of Ukraine.

Kara-Murza, Jr. will carry the coffin of McCain

“August 31 — September 1, 2018, the President of Ukraine Petro Poroshenko will visit the United States on a private visit to participate in the ceremonies of farewell to U.S. Senator John McCain”, — informed the press service.

The Administration quoted Poroshenko statement on this occasion, in which he said that “on behalf of the people of Ukraine and myself, I intend to pay the last debt outstanding personality, a great friend of Ukraine.” Poroshenko also added that “his [the Senator’s] faith in the Ukrainian people cannot be overstated, as the contribution to the deterrence of Russian aggression”.

Earlier on Friday it became known that at the funeral Mackean will also attend the mayor of Kiev Vitali Klitschko, who received an invitation from the family of a Senator and the U.S. Senate.

John McCain died on August 25 at the age of 81 years. The funeral of the Senator will be held on the second of September on the territory of the naval Academy in Annapolis (Maryland), where he graduated in 1958.