A group of American scientists found that the Great Red Spot, a large atmospheric vortex on Jupiter contains a large amount of water. About it reported in a press release on EurekAlert!. 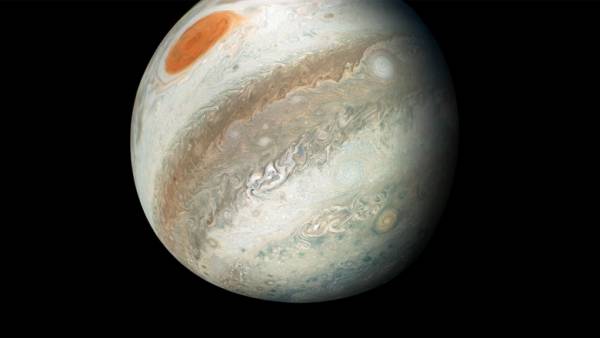 The researchers analyzed data collected with ground-based instruments, including the infrared telescope of the NASA IRTF and Keck 2 telescope (Hawaii), which followed a Red Spot.

“was all the conditions”: whether there was life on the moon

It turned out that the vortex structure consists of three cloud layers, the deepest of them has a pressure of 5-7 atmospheres (bar) and is located about 160 kilometers below the upper cloud cover. According to scientists, there is every reason to believe that it consists of crystals of frozen water.

If the interplanetary automatic station Juno, studying the gas giant’s atmosphere c 2016, confirm ground-based observations, we can begin the search for water in other places of the planet’s atmosphere and on Saturn, Uranus and Neptune.

The great red spot, the largest atmospheric vortex in the Solar system, has a size of about 40 thousand kilometers in length and 13 kilometers in width that more than any of the linear dimensions of the Earth. The observation of phenomena by academics within the last 300 years.