Four countries acceded to the sectoral EU sanctions against Russia 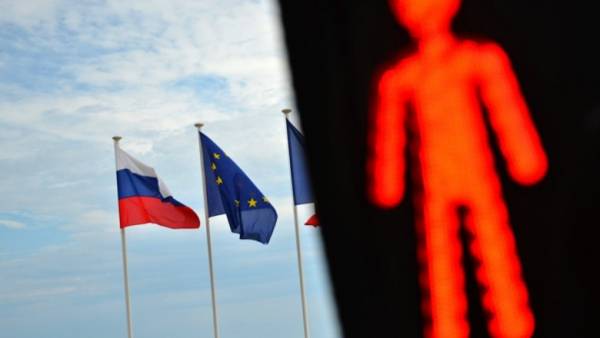 Fifth of July, the EU Council issued a decision to extend economic sanctions against Russia for another six months, until 31 January 2019. Measures directed against the financial, energy and defence sectors, as well as dual-use goods. They were first introduced on 31 July 2014 for a period of one year and reinforced in September 2014.

“The candidate countries Montenegro and Albania, Norway, as a member of the European economic area, as well as Ukraine align themselves with this statement. They will ensure that their national policies conform to this Council decision,” — said in a statement on Friday the message.

“The European Union takes note of this commitment and welcomes it,” it says.

Relations between Russia and the West deteriorated over the situation in Ukraine, where in 2014 there was a coup, and around the Crimea, which reunited with Russia after the referendum held there. Western countries have accused Russia of meddling in the Affairs of Ukraine and have imposed sanctions. Moscow retaliated, repeatedly denied the charges and claimed to talk to her in the language of sanctions is counterproductive. While Russia has repeatedly said that it is not a party to domestic conflict or subject of the Minsk agreements on the settlement in Donbass and the Crimea, whose residents in full accordance with international law and the UN Charter voted for reunification with Russia, closed permanently.