Detained after the murder Zakharchenko admitted what’s behind them Ukraine

Moscow. August 31. INTERFAX.RU — acting head of the self-proclaimed Donetsk people’s Republic Dmitry Trapeznikov said that the detainees in the case about the explosion in Donetsk, which killed the head of the DND Alexander Zakharchenko, acknowledged the involvement of the Ukrainian side to the explosion. 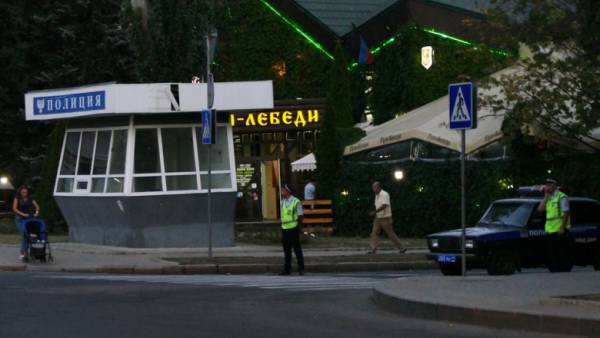 “Several people were detained, as a result of the interrogation, they confirmed the involvement of the Ukrainian side to the crime”, — quotes the words Trapeznikova “Donetsk news Agency”.

Earlier it was reported that immediately after the explosion in a cafe “Separable” has been detained several suspects. Even then Donetsk authorities called them “Ukrainian saboteurs”.

At the moment in the NPT strengthened security measures, imposed a curfew from 23.00. Trapeznikov said that in Donetsk are waiting for provocations on the contact line with the Ukrainian side.

There is a movement of military equipment recorded a number of violations. We have our finger on the pulse and are aware of the situation. Provocations are expected, we are ready for them.Dmitry Trapeznikov.about. the self-proclaimed head of the Donetsk people’s Republic

Trapeznikov said that all the streets of the cities of the Republic have withdrawn the patrols of the police and the citizens of the DNI to worry about. “Security is provided”, — he added.