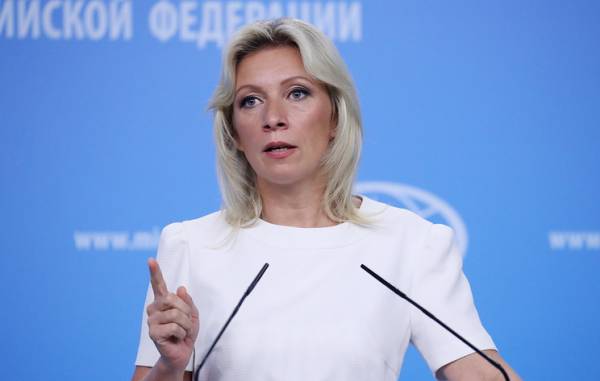 MOSCOW, August 31. /TASS/. The party of war in Kiev, instead of implementing the Minsk agreements, implements the terrorist scenario, there is every reason to believe that the murder of the head of the self-proclaimed Donetsk national Republic (DND) Alexander Zakharchenko is the Kiev regime. This was stated on Friday, TASS, the official representative of the Russian foreign Ministry Maria Zakharova.