Prime Minister Theresa may has again pleased users of social networks with their dancing. This time the politician “lit” with the artists who were present at the official event in the capital of Kenya. 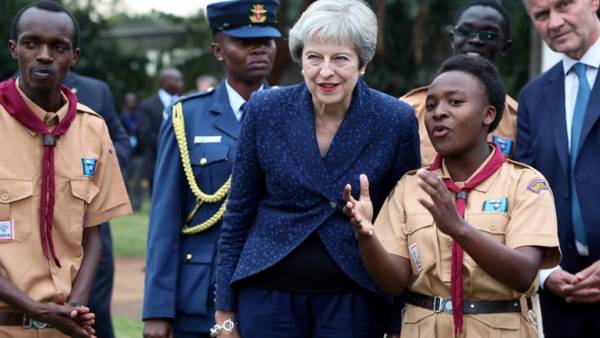 The video was published Thursday, August 30, on the website of the British newspaper Metro.

In Nairobi may have danced with artists under the sounds of the African pipes. Video again provoked a strong reaction among users of social networks. Because of the movement policy, many have compared her to a robot from “Star wars.” However, there were also those who expressed words of support to the Prime Minister of great Britain.

August 28 Mei danced with the pupils of a school in Cape town. Users have called this the dance “terrible”.