Moscow. August 30. INTERFAX.RU the approval Rating of President Vladimir Putin in August grew slightly, at the same time approximately the same values reduced the number of Russians who believe that the country is moving in the right direction, according to a survey by “Levada-center”, submitted on Thursday to “Interfax”. 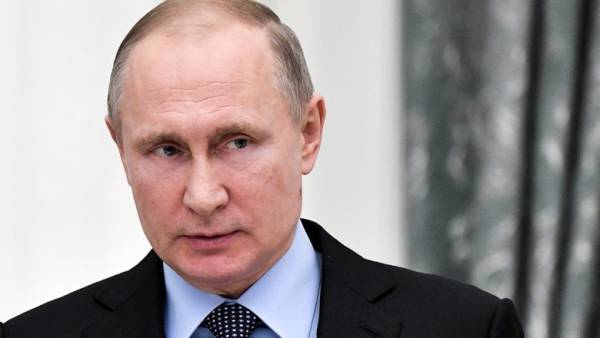 According to sociologists, the President’s activity approve, 70% of Russians, while in July this opinion was shared by 67% of respondents. The opposite view is held by 30% of respondents (July — 32%).

The activities of Prime Minister Dmitry Medvedev with approval are 28% of Russians (July — 31%). Not approve of the job the head of the government 71% of respondents (in July and 69%).

According to the survey, a third of Russians approve of the activities of the Cabinet of Ministers (in July 37%). The opposite view is held by two thirds of the respondents (in July — 62%).

With regard to the approval of the State Duma, according to the August, a positive assessment they gave her 30% of Russians (in July, 33%). The opposite view is held by 68% of respondents (July — 65%).

The results show that respondents who consider that things in Russia are going in the right direction, in August was 3% less than in July (45% and 48%, respectively). In turn, 43% of respondents believe the country is headed in the wrong direction (in July — 40%). 12% of respondents found it difficult to date evaluating the appropriateness of the course, which is Russia.

The survey was conducted August 23-30 on a representative nationwide sample of urban and rural population among 1600 respondents aged 18 years and older, in 136 villages, 52 subjects of the Russian Federation.