Scientists have unraveled the “mystery” of ancient Egyptian mummies

MOSCOW, 31 Aug — RIA Novosti. Student at Stanford University Ariela Algaze found and deciphered the text on the fragments of the sarcophagus, came to the collection of the institution over one hundred years ago, according to the portal Phys.org. 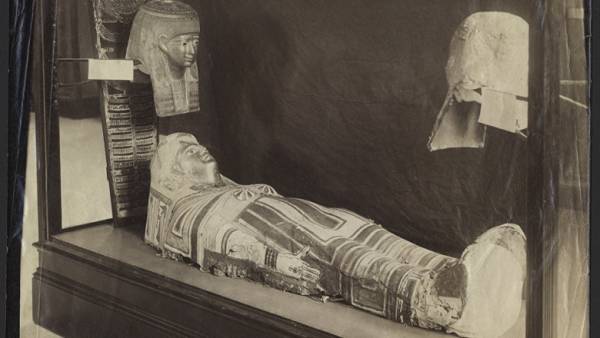 In 1901 the mummy was purchased by Jane Stanford, the wife of the founder of the University. Five years later, the sarcophagus was badly damaged after the earthquake, he kept in the Museum of the institution, and scientists did not notice any inscriptions.

In the spring of 2018, the object studied in a course on Museum culture. Studying the tomb, Algaze found two previously unknown object with text. Egyptologists have helped academic translate words and decipher the name of the woman that owned the remains — her name was Senalando, and the epitaph reads: “May her name gets younger every day.”

The style of writing, experts have determined the approximate date of death of an Egyptian woman — before 30 years BC (Hellenistic period of Egyptian history).

It is noted that the texts preserved from that time, the researchers found very rarely.