WASHINGTON, 31 Aug — RIA Novosti. The Russian Embassy in the United States called on the us authorities to cease to stand up for “disorderly on the sea of Azov charges,” reads the statement of the diplomatic mission in response to the call of the state Department to “stop the nightmare for international navigation” in the sea of Azov and the Kerch Strait. 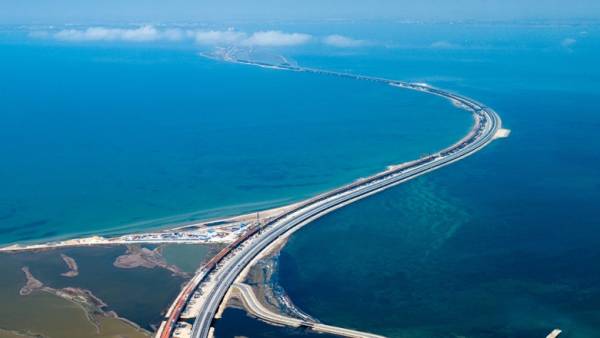 “The state Department in the person of the official representative Heather Nauert attended legitimate stops for inspections of vessels in the sea of Azov. Stops. No arrests or detentions. It is noteworthy that out of “hundreds” of ships not named none (this is important for understanding the policy of double standards). The state Department deliberately moved away from that,” said the Embassy.

However, as noted, the us does not mention the capture of the Russian trawler “Nord” Ukrainian border guards and the blocking of the Ukrainian security forces in the port of Kherson of the Russian tanker “Mekhanik Pogodin”.

Such accusations are intended to distract attention from violations of human rights in the USA and in the satellite countries, said diplomats, Recalling in this context the arrest of Russian Maria Butunoi. The Embassy urged to begin a substantive dialogue on the issue of Russian citizens in American prisons.The situation in the Azov sea

Kiev accuses Russia of obstructing the navigation in the Azov sea — in blocking calls of vessels in Ukrainian ports across the Kerch Strait, because of what they stand for, and their owners suffer losses. The Ukrainian side notes that detained more than 150 Ukrainian courts.

Deputy head Olena zerkal stated at the same time that Russian border guards do not violate the protocols during the inspection of Ukrainian ships in the Azov sea.

In turn, the Crimean border guard service, said repeatedly that inspections of foreign vessels were conducted in full accordance with international law of the sea, and ship owners are no comments and complaints.