MOSCOW, 31 Aug — RIA Novosti. About 21 thousand rubles on average Russians spend on preparing children for September 1, and half expenditure was incurred on purchase of school uniforms and shoes for change, it follows from the results of a survey of the all-Russia centre of studying of public opinion (VTSIOM) at the disposal of RIA Novosti. 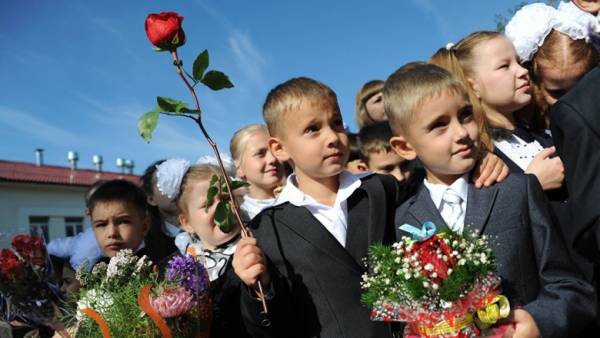 Parents spend an average of almost 2.5 thousand rubles for the purchase of supplies, backpack and educational materials.

In addition, among the expenditure for preparing your child for school, the Russians pointed out the contributions for school needs (1,2 thousand roubles on the arrangement with the school administration for security, tekhosnaschenie, detergents, etc. and a little more than 1 thousand rubles as a voluntary contribution).

The study also showed that most parents (67%) believe that school uniforms should be purchased for his account in 2010, this opinion was shared by 46% of respondents. 33% of respondents noted that at their own expense need to buy gifts for teachers (in 2010, so consider 22%), so many people are of the opinion that out of pocket you can pay for extra classes in core subjects (in 2010 talked about this 16% of respondents).

Poll “polls-Sputnik” held on 27 August 2018 by telephone interviews. The study involved 1.6 thousand respondents over 18 years. The statistical error does not exceed 2.5%.