Pests and global warming will cause food crisis in Europe

MOSCOW, 30 Jul — RIA Novosti. The yield of rice, wheat and corn in Europe and in other parts of the world with temperate climates will decline sharply by the middle of this century because of a doubling in the number and activity of insect pests. To such conclusion the climate scientists, who published an article in the journal Science. 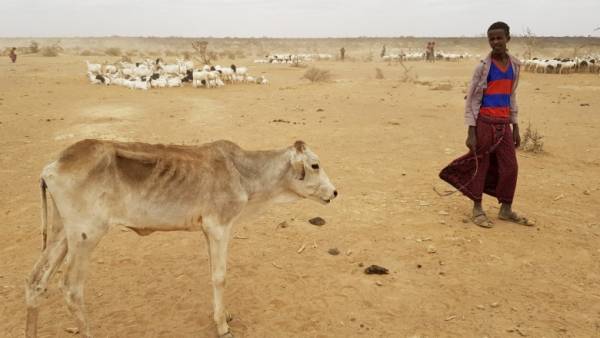 “On average, the insects will eat about 2.5% of the crop for every degree of warming. It is about half the yield increase associated with the higher proportion of CO2 in the atmosphere and rising temperature. We found that in middle latitudes the activity of the pests is expected to grow faster than the productivity of plants,” said Joshua Tuxbury (Joshua Tewksbury) from the University of Colorado at boulder (USA).

Climatologists and biologists are quite long considered that global warming and the associated increase in the concentration of carbon dioxide in the atmosphere as a whole have a beneficial effect on plants. In particular, the photosynthesis efficiency will increase, allowing them to store more nutrients and grow faster.

Such changes in their lives are considered to be the absolute advantage for agriculture and the survival of mankind, but they, as noted, Tuxbury based on the assumption that the increase in the proportion of CO2 in the atmosphere does not change anything, except the productivity of plants. On the other hand, today we can say that the decline in rainfall and the number of pollinators can dramatically decrease the yield of olives, coffee, corn and many other plants in several regions of the world in this century.

Tuxbury, and his colleagues discovered another “climate threat” to food security, Land, analyzing how increasing temperatures and changes in rainfall and snow will affect the main “enemies” of plant pests.

To do this, researchers analyzed dozens of scientific papers devoted to the metabolism and reproduction of the 38 species of pests, and studied how they respond to early spring, high summer temperatures, increased number of clear days and low rainfall.

When temperatures rise, the metabolic rate of insects increases, which they will not only grow fast, but to eat more vegetation. This obviously will negatively affect the crop. Scott Meralluride University

Using these patterns, climatologists figured out how to change the number and activity of pests in the next hundred years. The results of these calculations are alarming — on average, insects will eat up 10-25% more rice, wheat and corn throughout the Land, and in some regions of Europe the losses will be even more serious.

For example, in Britain, Sweden and a dozen other European countries and in the Nonchernozem part of Russia, the activity and abundance of insects will almost double, while the productivity of wheat in their fields will grow so much that will lead to a sharp decline in productivity. Similarly, this phenomenon is more likely to affect the corn farms in the United States, France and China.

In total, according to calculations of scientists, the Earth will lose about 213 million tons of these grains because of the growth in the number and activity of pests. It will exacerbate the world food crisis and will lead to new problems if humanity does not begin to solve them now, conclude the authors.