BRUSSELS, Aug 31 — RIA Novosti, Alexander Shishlo. In the European Union believe that in the case of concluding a global and legally binding agreement between Serbia and Kosovo mediator of the talks, the head of the EU diplomacy Federica Mogherini may qualify for the Nobel peace prize, told RIA Novosti diplomatic source in Brussels. 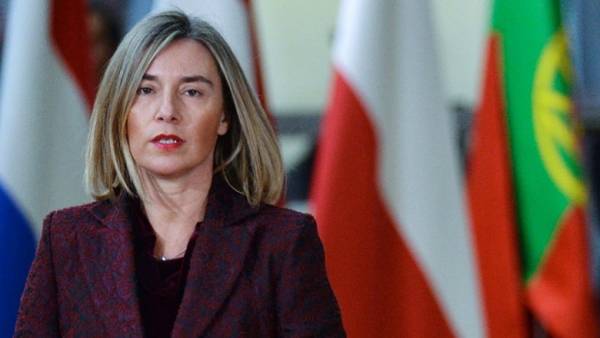 “The EU believes that in the case of an agreement Mogherini, together with (President of Serbia Alexander) Survived and (self-proclaimed head of the Republic of Kosovo Hashim) Thaci may qualify for the Nobel peace prize”, — said the Agency interlocutor.

The EU hopes that a global agreement between Serbia and Kosovo will be concluded by the spring of 2019. Another meeting between the President of Serbia Aleksandar Vucic and President of the breakaway Republic of Kosovo Hashim Thaci on the issue of normalizing relations is scheduled with the mediation of the head of the EU diplomacy Federica Mogherini on 7 September in Brussels.

Hashim Thaci said earlier that the talks with Belgrade in Brussels, will propose to attach Albanian-populated areas of the South of Central Serbia, why is ready to change the Kosovo Constitution.

In turn the President of Serbia Aleksandar Vucic stated that he supports the delimitation with the Albanians in Kosovo and Metohija in order to avoid conflicts in the future.

Later, however, thaçi, the speaker of Parliament, Kadri Veseli, the Prime Minister Ramush Haradinaj and Deputy head of government of the self-proclaimed Republic of Kosovo at the extraordinary meeting decided not to consider an exchange of territory with the authorities of Serbia in upcoming talks in Brussels, said Haradinaj.

Kosovo Albanian structures in Pristina in February 2008 unilaterally declared independence from Serbia. The Serbian authorities under pressure from Brussels and the region of convergence with the European Union, as well as for the sake of ease of life in the region, Serbian citizens in 2011 were forced to start negotiations on the normalization of relations with Kosovo Albanians with the mediation of the EU.