Alexander Zakharchenko was killed in the explosion in Donetsk

Moscow. August 31. INTERFAX.RU — the self-proclaimed Head of the Donetsk national Republic Alexander Zakharchenko, according to preliminary data, was fatally wounded at explosion in cafe “Separable” in the center of Donetsk, have informed “Interfax” a source in the office of the head of the DNI. 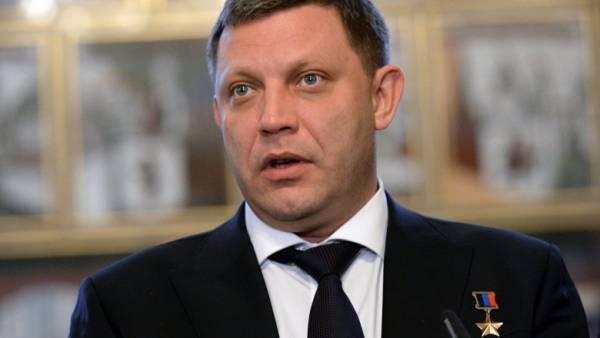 “According to preliminary data, unfortunately, it’s true. The head of the Republic was fatally wounded,” — said the source.

The spokesman added that the Finance Minister of the breakaway Republic Alexander Timofeev was wounded.

Reports of the death of the leader of the DNI confirmed the Deputy National Council DND Vladislav berdichevskiy.

Earlier it was reported that one person was killed and three were wounded in the explosion in a cafe in the center of Donetsk.

Part of the Pushkin Boulevard and Avenue of the Komsomol closed to pedestrians and traffic, the correspondent of “Interfax” from the scene.

Currently, the area around the cafe is surrounded by police. Is a few ambulances.