Where such a pretty one go? As the girls travel solo

MOSCOW, 30 Jul — RIA Novosti, Irina Ovchinnikova. Girls alone traveling hitch-Hiking or sleeping in a tent in the Urals mountains, walking on the Istanbul streets or roads of Bali, admit that it is quite scary, and recommend you to definitely try this format of recreation. 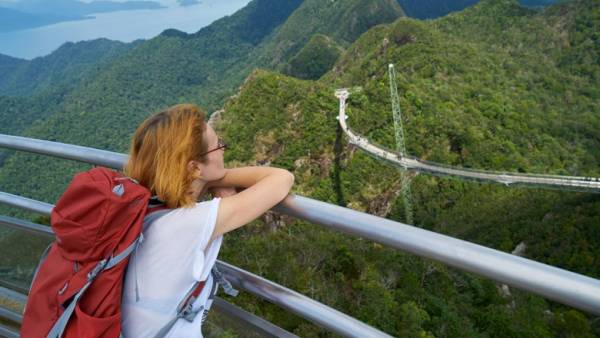 How solo travel can change your life, what you need to know about security and why is all this necessary — in the material RIA Novosti.

“Of course, going alone on a trip, I’m not yelling right and left about this, especially men, — says Ekaterina Mironova, PR-expert from Moscow. But there was a case when to remain silent did not work, on the Ural I’m staying in the guest house, and then there had settled eight guys. I was scared at first thought, it starts now, but everything was fine: they were very nice and intelligent people.”

Catherine at that time even decided to gamble and joined this company in climbing to the top of the mountain from which you just came down.

According to international studies, from 2015 the popularity of traveling alone increased by 42 percent. And women are interested in this format of the rest active men. In the list of countries most often chosen by the traveler, Macedonia, Monaco, Egypt, Albania and Finland.

Data on the Russian solo female tourists leads One Two Trip: from domestic destinations they prefer Moscow, St. Petersburg and Sochi, foreign — Italy, Germany and Turkey, as well as France, Spain and the UK.

“I follow the principle of openness to the world: listen to your feelings and understand when it is better not to risk once again, — says Ekaterina Mironova. — I want to trust the reality — what you want from her, she gives you. I always strive to see yourself around good people that can help, and they do meet and help.”

Why the hotels in Turkey hurt Russian tourists

But, unfortunately, not all solo female tourists were lucky. So, Natalia Korneva, author of “Hitchhiker’s,” two years ago, ceased to hitchhike alone.

“I had to go to Valdai and at Kolpino I got the car, — says the girl. Behind the wheel sat a guy in his twenties dressed in work clothes. Five minutes later he said he needs to deliver the documents to the plant and it will not take much time. As they approached the entrance, the driver said that it’s closed. Then I realized: he brought me into the forest.”