MOSCOW, 29 Sep — RIA Novosti. Meeting of the working group of the state Duma on perfection of the pension legislation is scheduled for August 31, it was reported to journalists by the Chairman of the state Duma Vyacheslav Volodin. 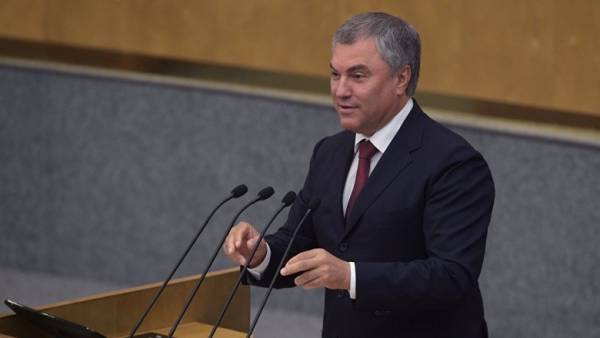 On Wednesday the President of Russia Vladimir Putin made a televised address in which he announced a number of measures to mitigate the proposed government changes in pension legislation.

“On 31 August in the state Duma scheduled meeting of the working group created following the results of parliamentary and public hearings on improvement of the pension legislation, which, together with the deputies included representatives of the government, the Federation Council, the chamber of accounts, civil society, trade unions, business, scientific community and experts,” — said Volodin.