The Communists do not intend to abandon protests against raising the retirement age. 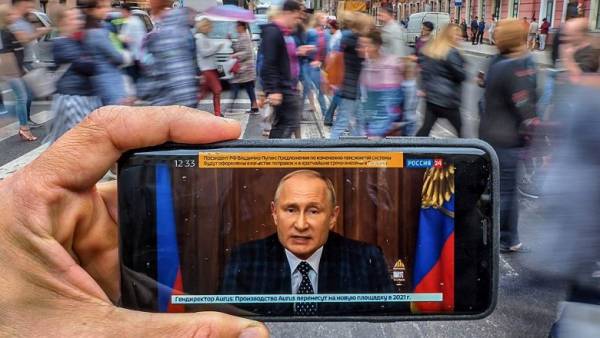 United Russia is ready to submit to the state Duma amendments to the government bill to raise the retirement age on the proposals outlined in his address Vladimir Putin. The President’s initiative is supported by the just Russia, although their representatives do not intend to abandon a referendum on the issue. The Communist party also did not refuse the referendum and intend to hold protests over pension reform.

In his address Vladimir Putin explained the need for pension reform and demographic crisis. “Declining working-age population is automatically reduced opportunities for benefits and indexation of pensions. So, the necessary changes,” he said. He tried to explain why in 2005 he opposed raising the retirement age. “Recall how in that period the country lived. This fledgling economy, with modest gross domestic product and extremely low wages. This high level of unemployment and inflation. The poverty line was almost a quarter of the country’s citizens. Life expectancy was barely over 65 years,” recalled Mr. Putin. Now, according to him, the situation has changed — unemployment is at a low level, increased the life expectancy.

As for the current, the current government, the easiest, most easy for her today — nothing to change. Now, in spite of the difficulties, the Russian economy is feeling confident. In the budget there are resources to replenish the Pension Fund. We at least the next 7-10 years will be able to continue to index pensions the deadlines. But we know that gradually there will come a time when the indexation of pensions from the state will not have enough funds. And then came the regular payment of pensions can be a problem, as it was in the 90s. Mr Putinprime Russia

The President has promised the indexation of pensions set out proposals to mitigate the pension reform proposed by the government. In particular, the pension age for women will be increased by 8, and 5 years (from 55 to 60 years), benefits at retirement will receive a large mother. Employers are waiting for the responsibility for the dismissal of employees “pensionable age”. Completed the address, the President: “We have to make difficult, difficult, but necessary decision. I ask you to treat this with understanding.”

“This is an honest position someone who understands that this topic is very important for the entire population of our country”, — commented the President, the head of the General Council of United Russia, Deputy speaker of the Federation Council Andrey Turchak. He added that the call was made several proposals for pension reform that the ruling party was collecting in the regions: “In particular, the idea of maintaining all regional privileges — privileges on property tax, public transportation, medical support”. He added that United Russia will prepare amendments to the government bill on the President’s address.

“This appeal is a programme of measures to mitigate the transitional period, in order to make these changes less painful and to provide social guarantees to the people of pre-retirement, retirement age,” — said the TV channel “Russia-1” the speaker of the Federation Council Valentina Matvienko. As suggested in the same broadcast, the first Deputy head of the Duma faction of United Russia Andrei Isayev, offering to raise women’s retirement age 5 and 8 years, the President was guided by “fairness”.

We will remind, claims to hold a referendum about raising the retirement age, has filed a number of initiative groups, particularly the Communists and spravorossy. Also, the Communist party intends to conduct on 2 September protests about pension reform, September 9, for this reason will protest by supporters of opposition leader Alexei Navalny.