The Chinese authorities saw nothing new in the accusations against the company. 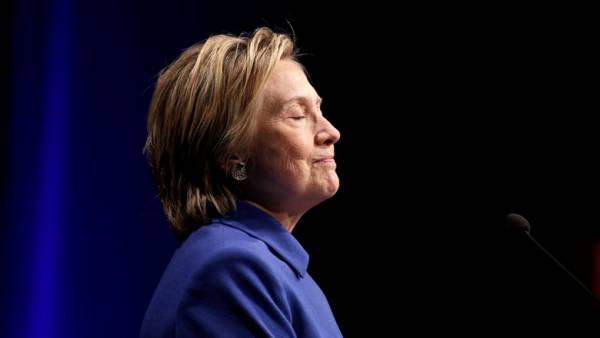 WASHINGTON, August 29. /TASS/. The Federal Bureau of investigation (FBI) found no evidence that private correspondence of the American ex-Secretary of state Hillary Clinton was intercepted by a Chinese company. The representatives of the Bureau said in a statement on Wednesday, comments for journalists.

“The FBI found no evidence that those servers have been compromised”, the statement quoted by the newspaper the Washington Post.

The US President Donald trump on Tuesday called on the FBI and the justice Department to take action in connection with the information that the post Hillary Clinton were intercepted by China. According to him, otherwise the credibility of these bodies “go away forever”.

Previously portal The Daily Caller reported that during the period when Clinton served as Secretary of state (2009-2013 approx. TASS), a Chinese company legally operating in Washington, have been able to introduce its personal server code that allowed you to automatically copy all correspondence by e-mail. The Chinese authorities in response to these allegations said they did not see in them anything new.

In 2015 the scandal broke, that Clinton during his tenure as the head of the state Department used for official purposes personal e-mail. She later transferred to the foreign office his entire working correspondence (55 thousand letters), and personal (more than 30 thousand letters) removed, and was subjected to harsh criticism.