Scientists have figured out what to eat ancient people-“the Nutcracker”

MOSCOW, 29 Sep — RIA Novosti. Analysis of the structure of the teeth of Australopithecus and paranthropus hominids”Nutcracker” has helped scientists to discover how they chewed food and uncover the unusual diet of the second group of proto. Their findings were presented in the journal Royal Society Open Science. 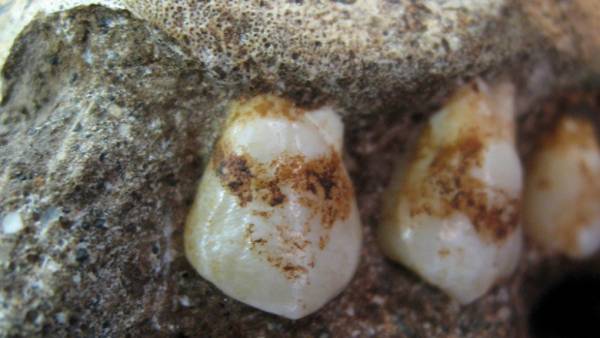 “My colleagues paleontologists have always tried to understand what exactly ate these ancient people, and somehow didn’t pay attention to how they chewed food. Our study shows that it is essential to study both,” said Gabriel Macho (Macho Gabriele) from Oxford University (UK).

Enough scientists have been arguing about what our ancestors ate and how long ago they learned to cook food and process it in a different way. The fact is, as scientists found out decades ago that the appetites of the human brain is incompatible with a diet of entirely raw food. Even the gorilla, whose brain is several times less than ours, are forced to look for and there is vegetation for 9-10 hours a day.

The ancestors of the Homo sapiens — Australopithecus, paranthropus and Homo habilis — fit into this framework, and later the representatives of our kind are already physically couldn’t support your brain, eating only raw gifts of nature. Therefore, according to many anthropologists, humanity has had to open fire and kitchen to the time and start eating cooked proteins and fats.

However, the controversy surrounding the diet of ancient people, as the Macho, today, do not cease due to the fact that anthropologists for several decades can’t explain how the paranthropus and Australopithecus, with similar anatomy of the jaws and tooth structure could coexist next to each other and to eat about the same food.

Talking about it is equal to the proportion of the isotopes of carbon and other elements in their enamel, as well as identical habitats.

As changing a person’s face in the process of evolution

His team found a partial answer to this puzzle, connecting to its decision not paleontologists or anthropologists, dentists, and biologists who study how the existing animals, including gorillas and chimpanzees chew their food.

As explained by Macho, many of the features in the structure of molars, for example, length, location, and size of their roots and pits on the chewing surfaces represent how they enjoyed their owner, in what direction it moves the jaws and as it grinds the food.