MOSCOW, 29 Sep — RIA Novosti. The head of audit chamber of the Russian Federation Alexey Kudrin doubts that it is necessary to introduce criminal liability for discrimination by an employer of employees of retirement age are more likely to work economic incentives. 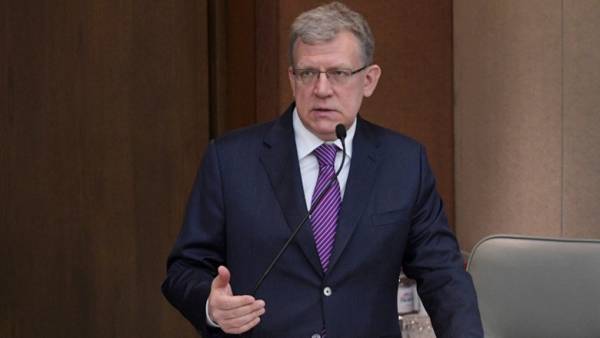 Earlier Wednesday, Russian President Vladimir Putin in a televised address to the Russians said that he instructed the government offer real incentives for business employers to be encouraged to take and keep at work citizens approaching retirement age. He also considers it necessary to introduce for employers administrative and even criminal liability for the dismissal of employees close to retirement age, as well as the refusal in employment of citizens because of their age.

“I rather doubt that it is necessary to introduce criminal liability for the restriction of or discrimination against employees approaching retirement age,” Kudrin said on air of NTV.

It is always very difficult this occurs when there is age discrimination, to identify. It is very difficult to identify. In this regard, I believe that more will work economic incentives, which President Putin is also said to work for the government, to give them an incentive to keep workplace human. And I think that administrative measures can also play a role.Alex Makinglove of the accounts chamber of the Russian Federation

On Wednesday Putin spoke with a half-hour appeal to the Russians, in the course of which he stated that the main objective of the pension changes — the stability and sustainability of the pension system. According to him, to postpone change any longer, it’s irresponsible, and hesitation in this matter may endanger the stability and security of the Russian Federation. The President stressed that the decision on pensions is a difficult, but necessary, urged Russians to be sensitive to future innovations.

Meanwhile, Putin proposed a number of measures that will allow mitigate their decisions. In particular, according to him, the age of retirement for women in Russia must be 60 years instead of the government 63, 65 for men. Other plans include a large mother should have the right of early retirement, the terms of pensions for the indigenous peoples of the North should be retained, unemployment benefits for those approaching retirement age is increased. Proposals to change the pension system in the near future will be formalized as amendments to the bill and submitted for consideration to the state Duma, said Putin.