Kara-Murza Jr. will carry the coffin of McCain

Russian oppositionist Vladimir Kara-Murza Jr. will be among those who will carry the coffin of us Senator John McCain at the farewell ceremony on 1 September, reports Politico. The Senator during his life he was engaged in the planning of the funeral and chose the Russians. 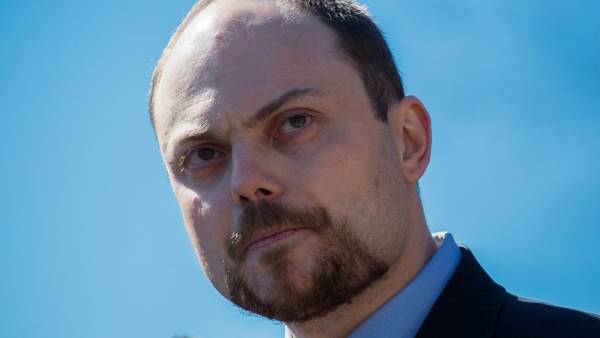 As specifies the edition, in April 2017 a mutual friend passed Mr. Kara-Murza Jr., a personal message from John McCain, in which he voiced his request. “I had no words, I was heartbroken and ready to cry. I agreed, of course, said that it would be an honour (carry the coffin of Senator.— “Kommersant”)”, — said the Russian Politico.

John McCain died on August 26, in his 81st year of life. He remained a Senator for over 35 years, acting as author, co-author or co-sponsor of the 1 667 of the laws and twice participated in the presidential race. Outside the US he remembered a bright political statements and the desire to solve all the problems of US foreign policy by force.