Bottlenose Dolphin named Zafar swims too close to the bathers. 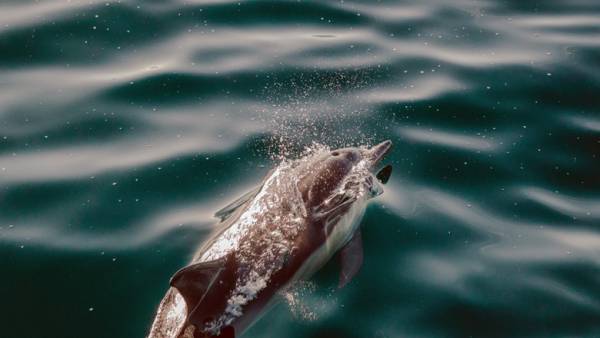 The mayor of a small town Landevennec in French Brittany ordered a ban on swimming and diving at the beach for a Dolphin that is too persistently sought contact with swimmers.

Within a few weeks Dolphin named Zafar swam side by side with people in the French harbour of Brest and entertained the children, but recently moved to the area Landevennec. City officials worry that the bottlenose Dolphin can look for intimate contact with people — behavior Dolphin already scared a few bathers.

“I am entering the ban, to protect people,” said mayor Roger Lahr.

According to the newspaper Le Telegramme, Dolphin does not behave aggressively, but constantly rubs on the swimmers and kayaks, pursuing them even up close to the shore.

In July, one of the swimmers, who interfered with a Dolphin back to shore, had to be rescued by boat, according to the newspaper. One kayaker describes how the bottlenose Dolphin jumped over the boat, another vacationer from Spain complains that “faced with the Dolphin, who was anxious to communicate”.

Scientists have discovered two new species of animals, which have grandmother

Episode, after which the authorities did not immediately banned, happened last week — Zafar threw bathing girl in the air with your nose.

According to the mayor, the ban on swimming and Snorkelling will act in the days when Dolphin will be seen at the beach. To approach the animal closer than 50 meters is also prohibited.