Scientists have discovered the descendants of the legendary cave bears

MOSCOW, August 28 — RIA Novosti. The genome of modern brown bears and grizzly contains “fragments” of DNA from extinct cave bears, which suggests that their ancestors were often in contact with each other. The description of these fragments of the “fossil” of the genetic code was presented in the journal Nature Ecology & Evolution. 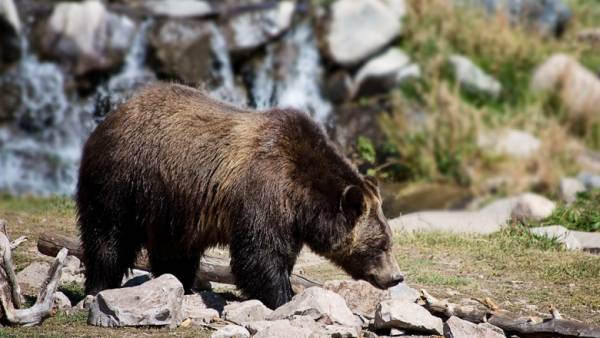 “These genes helped the ancestors of brown bears to adapt to new climatic conditions and to increase their chances of survival. Something similar, as we know happened to the man whose DNA contains traces of two extinct groups of ancient humans — Neanderthals and denisovans,” said Michael Hofreiter (Michael Hofreiter) from Potsdam University (Germany).

Cave bears (Ursus spelaeus) is one of the icons of the ice age, and was thought until recently, one of the main “enemies” of the ancestors of Neanderthals and modern humans penetrated into his “fiefdom” to the mountains and glaciers of Europe, in the late Pleistocene. Scientists assume that these cave dwellers went extinct about 24 thousand years ago, at the time of the onset of the last interglacial period, due to competition for prey and shelter to people.

They were much larger than the modern brown bear, reaching a mass of 500 kg and growth of 2.5 meters. However, they were inferior to their American “cousins”, short faced bears (Arctodus simus), whose average weight was about 600 pounds, and the growth sometimes reached 3 meters. Analysis of the pattern of cracks in the enamel of their teeth, conducted several decades ago showed that they ate mostly vegetation and soft food.

Hofreiter, and his colleagues found that cave bears did not disappear completely from the face of the Earth, “raising” and studied the genomes of four Ursus spelaeus and brown “cousins” who lived in caves in the mountains of Austria and Armenia about 40-70 thousand years ago.

The genomes of these bears, as discovered genetics had a strange blotches, not similar in structure to the DNA of other cave or ordinary bears. Comparing them together, the scientists realized that the ancestors of these clumsy in the past have exchanged small pieces of genome.

Paleontologists have found the Altai Neanderthal hybrid and “Denisova”

So, about 2.5% of the genome of modern and ancient brown bears living in the Caucasus and Austria, consists of sections that are inherited from Ursus spelaeus, and two other subspecies of cave bears. Slightly fewer of the “fossil” DNA present in the DNA of grizzly and brown bears living in Russia, Slovenia and Spain.

Similarly, DNA of cave bears themselves contain from 0.5% to 1% of the genes inherited from their brown neighbors. Some peculiarities in the structure of their genes suggests that these contacts occurred infrequently, but repeatedly, which allowed the DNA of the extinct inhabitants of the caves preserved in the genomes of their modern “great-grandchildren”.