Human rights activists protested the threats of Kadyrov, who equated them with terrorists and promised to close access to Chechnya. 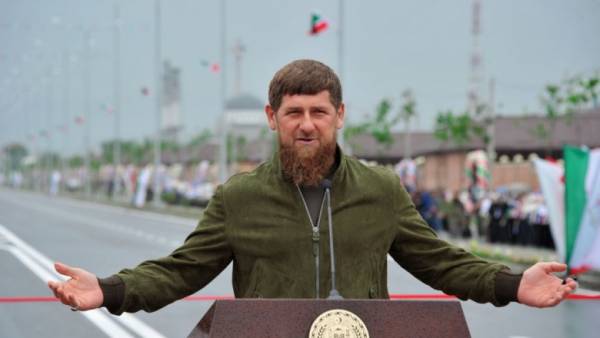 President of Russia Vladimir Putin urged to condemn the statements by the head of the Chechen Republic Ramzan Kadyrov to ban travel to the region human rights defenders. With the corresponding open letter by the international human rights organization Amnesty International, Human Rights Watch and Front Line Defenders.

Human rights activists protested the threats by Kadyrov, who equated them with terrorists and promised to close access to Chechnya. In a statement the head of the region seen the intention to commit illegal actions, according to the international organization.

“For the past ten years, the Republic’s leadership and personally Ramzan Kadyrov suppress the slightest manifestation of dissent, especially sighting and pursuing human rights defenders directly or through third parties acting with total impunity, the authorities are practicing against them, threats, attacks and murders were acts of arson of offices of human rights organizations”, — said in the letter.

The authors of the letter drew the attention of Putin that the fight against armed Islamist underground power structures often resort to human rights violations. In particular, illegally imprisoned, tortured, arrange extrajudicial executions.

“Urge You to respond to this situation, including condemning the recent statement by Ramzan Kadyrov, and not allow it to give effect to the illegal threats against human rights defenders and relatives of suspects”, — summed up the defenders.

On 24 August, the Kremlin has commented on Kadyrov’s statement that the defenders interfere with the work of law enforcement. Press Secretary of the President Dmitry Peskov said that the words of the head of Chechnya could be taken out of context.