In Zabaykalsky Krai, about ten people tried to attack a troop train. About it RIA Novosti was informed in the press service of the Main military investigative Department of the investigative Committee of Russia. 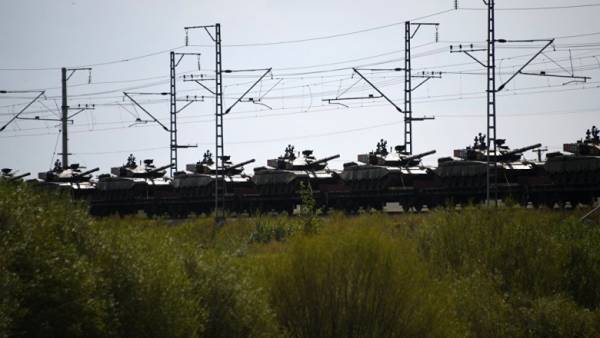 The incident occurred at night on Monday in the town of Petrovsk-Zabaykalsky. About 22 o’clock train, EN route to the exercises “Vostok-2018”, with personnel and military equipment was stopped at the station of Petrovsky Zavod.

According to investigators, at about midnight, about ten people approached the train and began to throw stones at the sentries. Hour made the shot into the air, but the bullies ignored the warning. Soldiers were forced to open fire on defeat. As a result, one of the attackers was mortally wounded.

The scene started to work investigative team. Military investigators, in particular, began checking on the fact of use of weapons of sentries. The Department is also searching for the attackers who, according to preliminary data, are local residents.