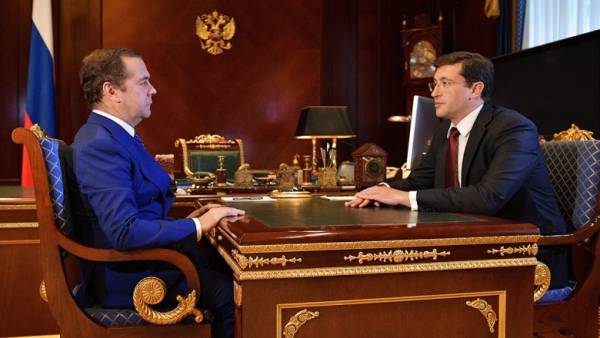 The meeting took place in Medvedev’s office. The Prime Minister and the acting Governor discussed including readiness for the new academic year.

August 23, the Kremlin said that the Prime Minister was injured during a sport, therefore not involved in public events. However, he is in constant contact with President Vladimir Putin, said the press Secretary of the head of state, Dmitry Peskov.

Medvedev is fond of badminton. We also know that as a student he was engaged in weightlifting.