During the fighting near Ilovaisk, Donetsk region of Ukraine on 24-29 August 2014 killed more than two hundred Russian military, said at a press conference the head of Department of civil-military cooperation of the armed forces of Ukraine (AFU) Alexei Nozdrachev. 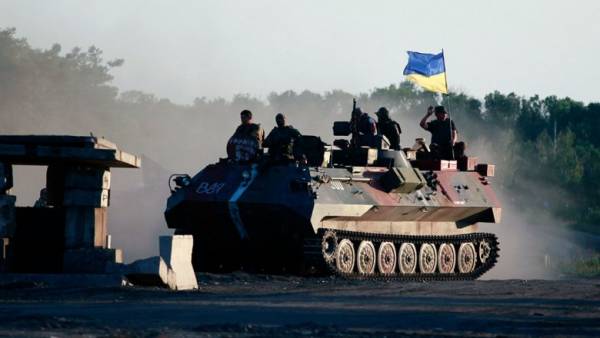 “If you take fighting around Ilovaysk, according to intelligence reports, the number of losses of the regular troops of the Russian Federation is more than 200 dead and 300 wounded servicemen involved in the counter-attack and blocking of the armed forces of Ukraine”, — quotes its words Ukrainian defense Ministry.

Mr. Nechayev said that, according to intelligence reports, in 2014, in the East of Ukraine killed at least 1.7 million people. Moscow does not recognize the participation of active military personnel of the Russian army in the conflict in Eastern Ukraine.

In Ilovaisk died 336 Ukrainian soldiers, 150 of them are soldiers of the armed forces, said at a press conference. “The morgues are now — if we take the stage Ilovaisk — fighting- another 15 missing, which we couldn’t identify,” — said the representative of the APU (quoted by “Interfax”). 128 the Ukrainian military were captured, 11 of them had not yet been released.