Dance Theresa may has caused confusion on social networks

The dance of the Prime Minister of great Britain Theresa may with students from Cape town were caught on video, writes the Huffington Post. 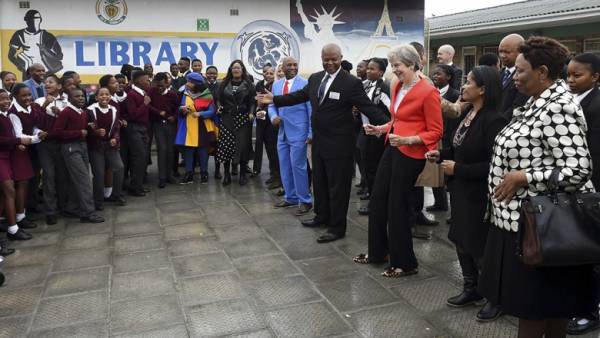 Currently, the British Prime Minister is on a three-day visit to the Republic of South Africa (South Africa). During a visit to a school in Cape town Theresa may joined the dance to which social media users reacted ambiguously. In particular, they were surprised by the movement of the head of the British government.

Some of the users on Twitter have compared the movement Theresa may as the robot and others — have supported and expressed sympathy to the Prime Minister of great Britain.

a Ridiculous nod to Theresa may British laugh

“Is it wrong that I now for the first time imbued with the warmth with her [Theresa may], on seeing this light shuffling?”, — wrote Luke AdWords tweet.

Some of the users have called this the dance “terrible”.

“If you ever imagine that Theresa may is dancing, you think she is going to walk around like some kind of flexible and cowardly Panther?”, — posted by another user Dan Rebelatto.

According to the newspaper Daily Telegraph, Theresa may, will also visit Nigeria and Kenya. The arrival of the British Prime Minister is part of the trade mission aimed at maintaining the UK after Brexit.