To do candid photos of women made social inequality

The authors of the new study found that depends on the desire of women to do sexy selfies. It turned out that this is not due to the position of women in society, and income inequality in the country. 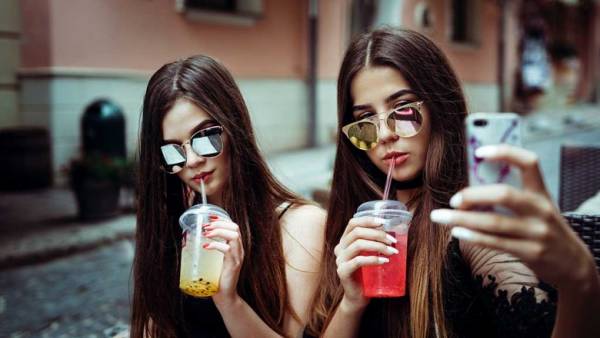 The authors of the new study found that depends on the desire of women to do sexy selfies. It turned out that this is not due to the position of women in society, and income inequality in the country. The results were published in the journal Proceedings of the National Academy of Sciences.

The development of technology, particularly the proliferation of mobile phones and the popularity of services like Twitter and Instagram, gave rise to a burst of photos in the genre of “selvi”. This kind of photography is especially popular among young women around the world who, as a rule, I try to look at the pictures more attractive.

Some researchers believed that this is a consequence of gender inequality. In the new work, based on a database of more than 68 000 selfie from 113 countries of the world scientists have made a different conclusion.

The first reason, to which psychologists usually try to explain the concerns of women of their own appearance — Patriarchal society’s pressure, that is life in a society where appearance is valued more than other qualities.Kandiss Blackitude author of the study

“In this case, as a rule, it is argued that the sexualization is a consequence of lawlessness, says the study’s lead author Kandiss Blake from the University of New South Wales (Australia). We found that women spend more time and effort to publish a sexy selfie where there is substantial economic inequality, but not where in the hands of men concentrated power and where gender inequality thrives”.

The results of the scientists were not changed when they did the amendments to the geographical regions, population, degree of human development and prevalence of Internet access. The authors propose an alternative explanation: economic inequality increases competition and the risk of losing social status for people at all levels of the social hierarchy that forces them to strive to be (and appear) better. “Good or bad, but in modern society to look sexy means to maintain economic, social and personal benefit,” explains Blake.

Another conclusion was the correlation between income inequality and expenditures on women associated with the appearance of services such as beauty salons and clothing. Researchers believe that this behavior is not just understandable from an evolutionary point of view, it is also rational. “So, if you see a provocative photo of a young woman in a bikini, do not consider it frivolous or the victim [gender stereotypes],” adds the author.

Think of it as a player in a complex social game. She’s just going to achieve in life as much as possible — just like everyone else.Kandiss Blackitude author of the study