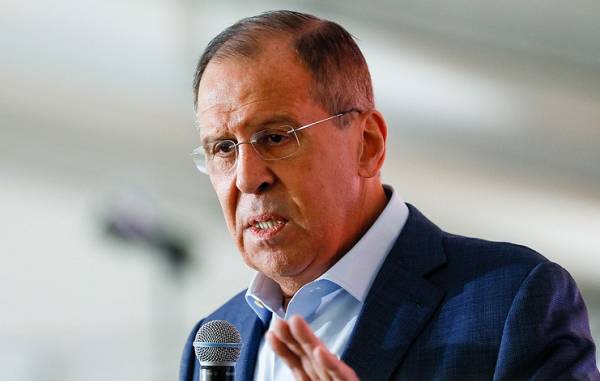 TASS, August 28. Attempts to talk to Russia in the language of ultimatums is futile, Moscow would react to the anti-Russian steps of Washington on the basis of reciprocity. This was stated by Russian foreign Minister Sergei Lavrov in an interview with the Slovak newspaper Pravda.

The Minister has noticed that in relations between the two countries “is still strongly affected by the political situation in the United States.” He noted that “some forces in the Washington establishment inflate Russophobic hysteria and trying to block any positive developments in bilateral Affairs”.