How to live in the most dangerous country in Africa

Once prosperous country with an important geopolitical importance, Somalia connects Africa with the Middle East. In its interior there are deposits of uranium, iron, copper and oil. However, with the beginning of the civil war, everything changed: the difficult economic situation, the actual lack of centralized power, hunger and poverty. 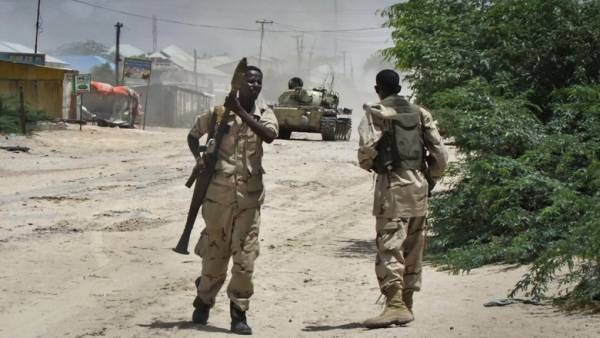 Iron, copper, oil, uranium, good geographical position — it would seem that this country has everything to thrive, and its people — for prosperity. But the fact of life in Somalia can be compared with the ad: a collapsed economy, anarchy, famine, poverty, violence and death — from the microscopic Islands of stability. The attempts of the West to help to resolve the situation in the country only pushed Somalis into the arms of militants. The government is not trying to resolve the conflict, on the contrary makes every effort to save it, to line their pockets with money coming from Western States. What is happening in this country, to understand”.ru”.

If the coalition leaves Afghanistan, the Taliban will quickly take everything in hand. As is the case in Somalia.

Currently, Somalia does not actually exist as a unified state. After the dictatorial regime of Siad Barre collapsed, the country was divided into many self-governing enclaves, there is a quasi-state such as Puntland, Somaliland, Azania and others. The country was plunged into civil war. Inter-clan contradictions erupted with increasing force, a fierce military conflict is gaining momentum and every day takes dozens of lives.

Recently, the human rights organization Transparency International has published a report which called Somalia the most corrupt country in the world in the last 11 years. But it was not always so.No army, no Navy

The reasons for the collapse of the state is rooted in the territorial division inherited from the colonial past. Then the country was divided into Italian, English and French, and clans are constantly staged a struggle for power. The nomads were desperate to divide the water, pastures and livestock. Existed between them serious disagreements fueled confrontation between moderate and radical Islamists, as well as the constant interference of neighboring countries, particularly Ethiopia and Eritrea.

In 1960 Somalia gained independence. It was then formally United the two former colonies of Italian Somalia and British Somaliland. The first decade thereafter, Somalia was relatively stable and prosperous country.

Like Ethiopia, Somalia fell into the sphere of interests of the Soviet Union. With the support of the Moscow Institute developed the military Academy, there was a single army, named “Lions of Africa”.

Regularly received economic and technical assistance to “brotherly African Republic”, the country received uniforms and tanks. The Soviet Navy it got to your base in Berbera. Gradually increased, and the territorial appetites of Somalia. The country began to lay claim to neighboring countries — Kenya, Ethiopia and Djibouti (then a Territory of the Afars and ISSAS — approx. “Of the tape.ru”). That all changed in 1977 when the government of Somalia decided to attack the second Soviet ally in the horn of Africa — Ethiopia. Moscow had to choose which side to support in the conflict; the Ethiopian government seemed more reliable and stable. As a result, with the help of Soviet weapons and action of the Cuban volunteers of the Ethiopian army defeated the Somali.

This war provoked a crisis in economic and political spheres in the 1980s. Somalia gradually devolved into insurgency. The Pro-Soviet President Mohammed Siad Barre was overthrown, the country was plunged into chaos. Then one only Yemen ran more than 50 thousand people.

Now, after decades of military dictatorship, civil war and foreign intervention, the Somali military has no money even to radio communications and equipment. Soldiers communicate with each other by mobile phones that are easy to track. With the outfit is also a problem — many of the soldiers barely clothed and shod in flip-flops.

In Somalia there is no more national army, despite the fact that many countries have made efforts to create it. So, Turkey and Qatar have built the military Academy; the UAE has opened a database, where trained Somalis (it closed in April of this year); the Egyptians and the Sudanese continued to train the local military; the British are training Somalis in its center, located in the town of Baidoa, South of Mogadishu, the Americans trained soldiers Somalia airbase Bulldog. The Americans even supplied food and fuel, but in December of last year stopped deliveries due to the thriving corruption.

Recalls 48-year-old former soldier who joined the armed forces of the country, Somalis are poorly armed and disorganized. Many do not know how to handle weapons.

“The armed forces of Somalia could be more effective. In principle, they can be turned into the army. It’s pretty difficult, but doable. However, given our methods, to achieve a result and the truth is impossible,” — said one of the employees of the Ministry of defense of the USA, wished to remain anonymous.