As Vladimir Putin made a televised address to the population

August 29 at noon, Moscow time, Vladimir Putin will give a televised address to the citizens of Russia, which will Express its position on pension reform. For some special reasons the head of state first addressed to the nation — in the material “Kommersant”. 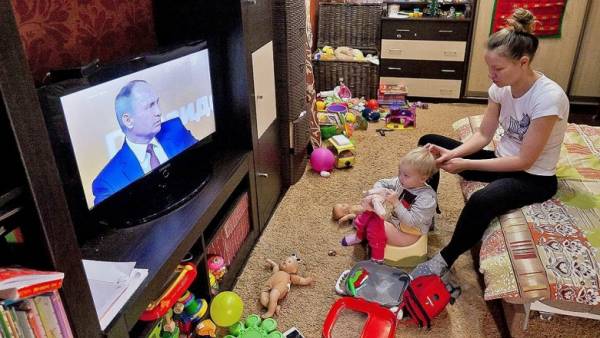 24 March 2000 Vladimir Putin, who served as acting President, in a televised address urged citizens of Russia to vote in the elections. In a statement, he said: “While our soldiers shed blood in the North Caucasus, in the country and abroad often resounded lies. I want to say that who and why would use this difficult time against the state, they have failed”. In the future, it traditionally has appealed to citizens to vote in Federal elections.

May 17, 2000, for the first time since taking office, President Vladimir Putin on TV reported on the introduction of a package of bills. Reforms, particularly related to the principles of forming the Federation Council, the order of dismissal of heads of regions and dissolution of legislative Assembly. The need for amendments, he explained as follows:

You know better than me that the government lack of discipline costs millions of ordinary people.

September 11, 2001, in connection with the terrorist attacks in the United States, Vladimir Putin made a televised address and expressed condolences to the American people: “We (the population of Russia.— “Y”) with you, we entirely and fully share and feel your pain”.

September 24, 2001 Putin made a statement in which outlined the position of the antiterrorist operation in Afghanistan. At the end of the speech, he added that “to deal effectively with religious extremism and fanaticism, not just Islam, but every other sense is possible only with the active participation of the religious communities themselves”.

October 26, 2002, after the release of the hostages in the Theatrical center on Dubrovka, Putin made a televised address. In particular, he said:

We couldn’t save everyone. Forgive us.

March 16, 2003, on the eve of the referendum on the draft Chechen Constitution and bills on presidential elections and Parliament of the region, Vladimir Putin has acted on the Chechen television. In a statement, he said: “We have to ensure that the citizens of Russia, residents of Chechnya — no longer live in fear. I have no fear of the night knock on the door and hiding from so-called sweeps. The people of Chechnya should be a decent human life.”

24 February 2004 Vladimir Putin told the public about the resignation of the government headed by Mikhail Kasyanov. In particular, he said: “It (the decision to resign.— “B”) is motivated by the desire once again to designate the position in the question about what would be the course of development of the country.”

September 4, 2004, after the terrorist attack in Beslan, Vladimir Putin delivered a televised address to the population. Expressing support for the victims and relatives of the victims, he said: “We failed them (questions of security and defense.— “B”) to react. Showed weakness. And the weak get beaten”.