WP: trump banned publication of the statement by the White house about the heroism of McCain

The US President Donald trump has banned the press service of the White house to publish an official statement in connection with the death of John McCain in which the Senator was called a hero. This writes The Washington Post, citing sources. 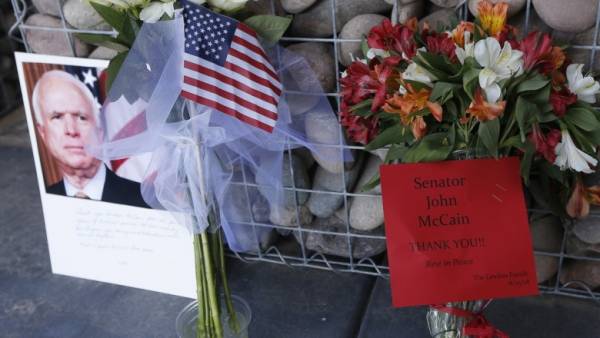 According to the publication, the press Secretary of the White House Sarah Sanders and the President’s chief of staff John Kelly spoke for the publication of official statements, which said about the military merits of McCain during the Vietnam war, his success in the U.S. Senate. In the proposed version of the statement McCain was also called a hero.

However, trump told his aides that instead of an official statement it will publish the post in Twitter. In his tweet the President of the United States was limited to sympathy to the family of the Senator.

The Senator from Arizona John McCain has died on 82-m to year of life from a brain tumor on 26 August 2018. Disease glioblastoma politics was diagnosed July 19, 2017. 24 August his family announced the termination of treatment. According to CNN, the McCain funeral will take place on 2 September. Earlier, the TV channel with reference to two relatives of the politician reported that Donald trump was not invited to the funeral.