Russia and Tajikistan are suspected air strike on Taliban

Both countries deny involvement in the bombing of Afghan territory. 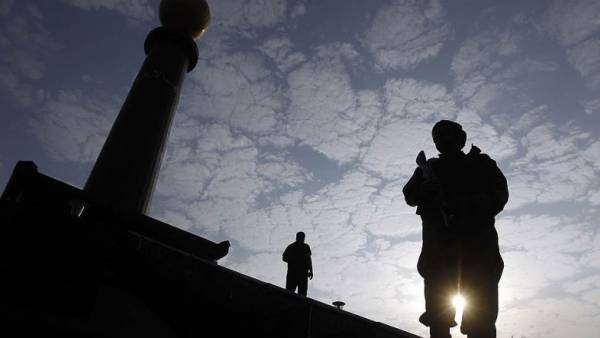 On Monday morning, Afghan media reported about air strike on the part of Tajikistan in Northern Takhar province. According to them, the blow was inflicted on a group of Taliban who were trying to smuggle drugs across the border. Local authorities claim that to attack Afghan territory could as Tajik and Russian air force. However, both Moscow and Dushanbe, its involvement in air strikes deny it.

Conflicting reports about the air strike on the Afghan Darked County on the border with Tajikistan appeared in local media on Monday morning. According to them, the bombing from the air began after yesterday’s skirmishes between Tajik border guards and whether the detachment of the Taliban, or a group of drug dealers tried to break to Tajikistan. The representative of police of Takhar province (includes specified County) said that the militant group, the Taliban (banned in Russia) was smuggling drugs. He added that in a firefight, killing two Tajik border guards, and as a result morning airstrike — six militants. However, inconsistencies still remains a lot.

Even before the reported strike, the Tajik Agency Asia Plus spoke about the deaths of two foresters — a 53-year-old Amirjon Saidov and 50-year-old dawlat Sangakov. A description of the circumstances of their deaths similar to reports by Afghan media. On Sunday evening at the foresters began to shoot from the other side of the Panj river that divides Afghanistan and Tajikistan, when they were driving along the coast by car “Niva”. It happened in front of the place, which allegedly carried out the bombing. “In the border detachment “Hamadoni” (near the scene of the incident.— “B”) alarm is declared, currently there is an operation for detection and elimination of unknown Afghan armed group,” — said “Interfax” the head of the press center of the border troops of the national security Committee of Tajikistan Muhammad Ulughodjaev.

The incident attracted the attention of the Taliban leadership. The representative of the movement of Zabihullah Mujahid at first said they would investigate and later said that fighters of “Taliban” in the shootout did not participate: it took place between drug traffickers and Tajik border guards. “Fighters “the Taliban” it is forbidden to enter into conflict with neighboring countries,” he said, but later confirmed the airstrike.

News”We go East”: what has led to the withdrawal of Soviet troops from Afghanistan

What planes attacked an Afghan district, we cannot say for sure. And a police spokesman, Khalil Asir, and press Secretary to the Governor of the province of Takhar, Muhammad Javid Hijri clarify that it could do as Tajik and Russian air force. “He said that Tajik border guards fired several missiles on the area (where there were militants.— “B”) before “foreign aircraft” airstrike” — describes the situation according to Mr. Hijri, the TV station Tolo News. However, Tajik edition of “Radio Liberty” with reference to the same Khalil Asher claims that the airstrike did not airplanes and helicopters.

The area of the bombing, recognize the government is really controlled by the Taliban. Durkalski the County of Afghanistan is essentially an island in the river Panj, which is difficult to control.