In “Winter cherry” save systematically

The owners of the burned-out center pre-warned about broken fire safety systems. 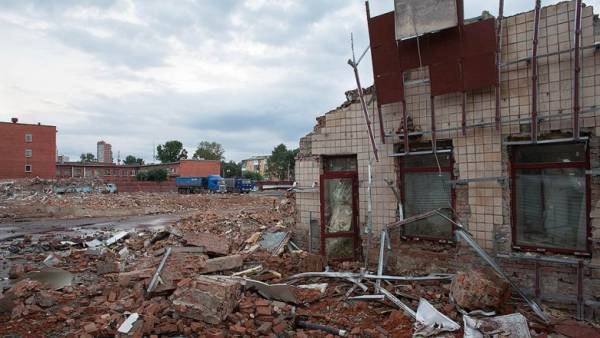 As it became known””, in addition to fire-technical examination in connection with a fire in the shopping center “Winter cherry” in Kemerovo was held and accounting expertise. From her conclusion that the owner of the building, JSC “kemerovskijj konditerskijj Kombinat” (KKK) spent on the installation of the various systems of fire safety, nearly 17 million rubles, and about 9 million roubles— on maintenance. However, almost two years before the fire that claimed the lives of 60 people, it was found that the system not only met the requirements but did not actually work. To invest in a new protection in the KKK refused.

Forensic center GU MVD of Russia across the Kemerovo region for the appointment of a senior investigator under the Chairman of the Investigative Committee of Russia Rustam Gabdullin has conducted consolidated accounting expertise. It was established that in the period from 1 January 2013 to 18 March 2014 was made a complex of works on reconstruction of the building of the Kemerovo confectionery plant into a shopping and entertainment center “Winter cherry”, including the installation of the it systems of fire safety. There were a few: automatic fire suppression system (AUPT), the automatic fire alarm installation (AUPS), the system of notification and management of evacuation of people in case of fire (paga), smoke ventilation and internal fire water.

The experts concluded that the KKK from 1 January 2013 to 25 March 2018 to install them spent 16,66 million rubles., and for the maintenance of the systems is still 8.7 million RUB.

In turn, “Winter cherry Kemerovo” and “Business of sport Kemerovo” who are the main tenants of the Mall, as appears from the conclusion of accounting expertise on fire safety have not spent a penny.

Construction and installation work on the object is performed more than two dozen firms. The fire safety system in the building of the Mall was assembled in parts, this was done in different years by different companies. So, from August 2007 to the end of September 2013, CCC entered into a contract with OOO “MONTAZH-SERVIS” in the installation and maintenance of the automated fire alarm system, fire extinguishing system and paga. March 2009 “Installation-service” was to sign agreements with tccc maintenance of equipment security fire, alarm and CCTV in the Wellness centre on the ground floor of the administrative building, on the ground-fourth floors of the Mall, in the boiler room. In September 2013, all contractual relations with OOO KKK was stopped.

From 10 July to 9 Dec 2013 has listed the KKK, OOO SMNU 8.4 million roubles for installation of a storm drain, a heating main from the boiler to the four-storey shopping Mall, highways cooling flow-through ventilation and thermal veils water supply system and Sewerage system of fire extinguishing. In 2012, OOO “alpha” 4.7 million RUB set on the subject of a separate fire safety systems: automated fire alarm system, and paga. The employees were engaged in maintenance of the systems from 2014 to early 2016. OOO “Kron-T” in 2013 delivered and mounted and General and smoke ventilation in the premises of the Mall. For service and maintenance in 2013-2015, the company received 5.4 million RUB 19 July 2016 for the execution of works on maintenance of fire alarm, paga, AUPT CCC signed a contract with “System integrator”. The cost of maintenance and monitoring equipment OPS, paga and AUPT was 21.4 thousand rubles per month.

According to the source “Kommersant”, the experts of “System integrator” has undertaken a comprehensive review of the building of the SEC for compliance with the real technical condition of systems of fire safety to the existing regulatory requirements. The result were revealed numerous violations. Information was sent to the General Director of KKK Yulia Bogdanova, who is now one of the accused in a criminal case. “From July 2016 to March 25, 2018 the “systems integrator” sent KKK 43 commercial proposals totaling approximately RUB 10 million to implement the company works to bring the fire safety systems in good working condition. By the customer, the KKK, was approved some proposals totaling approximately 311 thousand rubles.” — said the source “Kommersant”. More “System integrator” with the KKK of the contract is not concluded.

Coordinator of the public centre of assistance to the victims of the fire in the Kemerovo SEC “Winter cherry,” lawyer Dmitry Malinin considers that in this case, the “System integrator” and the KKK reached a compromise. “Representatives “integrator”, informing the owner of the building, the KKK, that the fire safety system needed to be brought to working order, however has not abandoned her service, agreeing to work with a potentially unsafe object. Thus, they partly shared with the owner the possible risks,” — concluded the lawyer. Obviously, therefore, among the defendants in the case about the fire was the CEO and a member of “System integrator” Igor Polozenko and Alexander Nikitin.